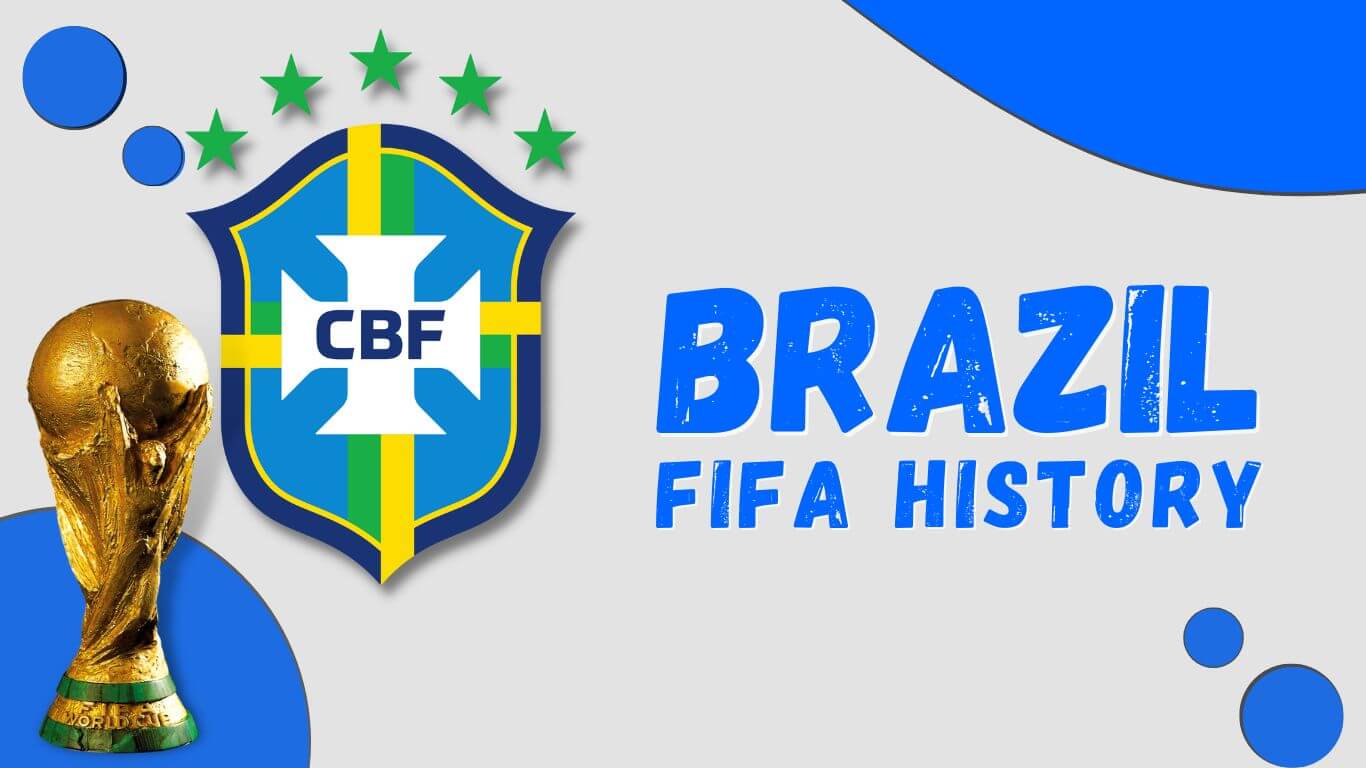 Brazil is one of the greatest and most successful teams in the history of the FIFA World Cup. Brazil holds many world records in the world cup such as most FIFA world cup titles, never missing a world cup, and many more. So here in this write-up, I have shared the most interesting Brazil FIFA World Cup history, Why Brazil did not win any world cup till 1954? How Brazil won most world cups? I have explained everything in detail. So read this article till the end.

How Did Brazil Start?

Initially, the Brazil football team was not a brilliant team, the reason behind it was internal strife in the team management. Brazil got a chance to play the first FIFA World Cup in 1930, The team traveled to Uruguay. But the dream of winning a world remained a dream.

The Final of the 1950 FIFA World Cup was almost won by Brazil but Uruguay scored in just 11 minutes remaining and won the title for the second time. This was the turning point for the Brazil Football Team.

In the FIFA World Cup 1954, some big changes had been done in Brazil’s National Football but still, Brazil could not make it to the Semi-Finals, Brazil was eliminated by Hungary 4-2. But these defeats were working as fuel for Brazil and the time had come for the golden era of the  Brazil Football Team.

How Did Brazil Become Strongest Team?

Winning World Cup is a dream that was not going to convert into reality for Brazil, so it was time to take some strong decisions to make team stronger. Brazil’s head, Vicente Feola made some strict rules for the team to make it strong enough to win a world cup. He created a list of 40 things to avoid during specified times.

Brazil’s team was not allowed to smoke while wearing official uniforms and talking to the press outside of specified times and many more restriction were there. Brazil was the first team to have a psychologist as a part of the team’s training squad. The team was working hard in every aspect to win the cup.

FIFA World Cup 1958 was hosted in Sweden. Brazil started well by defeating Austria 3-0 and then drew 0-0 with England but the biggest match for Brazil was about to happen against USSR. The team of USSR was one of the strongest teams in the tournament, and the players of the team were extremely fit.

Brazil made a strategy to attack and score an early goal as soon as possible. Eventually, Brazil managed to win the match by 2-0. Then they beat France by 5-2. In the final match, Brazil had to fight against Sweden. Sweden had an opportunity at the home ground but Brazil’s hard work defeated Sweden by 5-2 and won their First World Cup in 1958.

Brazil took 24 years to win their first FIFA world cup and then created history of winning the most world cups. The hard work after the 1954 world cup gave results to Brazil, In the 1962 World Cup in Chile, Brazil won their second world cup.

This is how the golden era of Brazil football started. In this Brazil FIFA World Cup History, I have shared more facts and records below.

Brazil has a lot of world records as it is one of the strongest teams in FIFA till now. So here are the Brazil World Cup Records.

9 July 1950, The final round of the 1950 FIFA World Cup. The match was played between Brazil and Sweden. It was the first world cup after skipping 2 world cups due to world war II. Brazil won over Sweden by 7-1. So this is Brazil biggest win in world cup history.

Here I am sharing a list of world cups won by Brazil by year.

Brazil is a brilliant team with a brilliant vision. Brazil was not strong enough to win the world cup, but eventually, Brazil worked hard and became the strongest team in the history of the FIFA World Cup. There are strong possibilities that Brazil can win this world cup too. Please let us know how you like the article by commenting below.

Why does Brazil have 5 stars?

Brazil has won the most world cup titles, It has 5 world cup wins that’s why Brazil has 5 stars.

What country has never missed a World Cup?

Brazil is the only country that played in all 21 world cups.

How many World Cups did Brazil have?