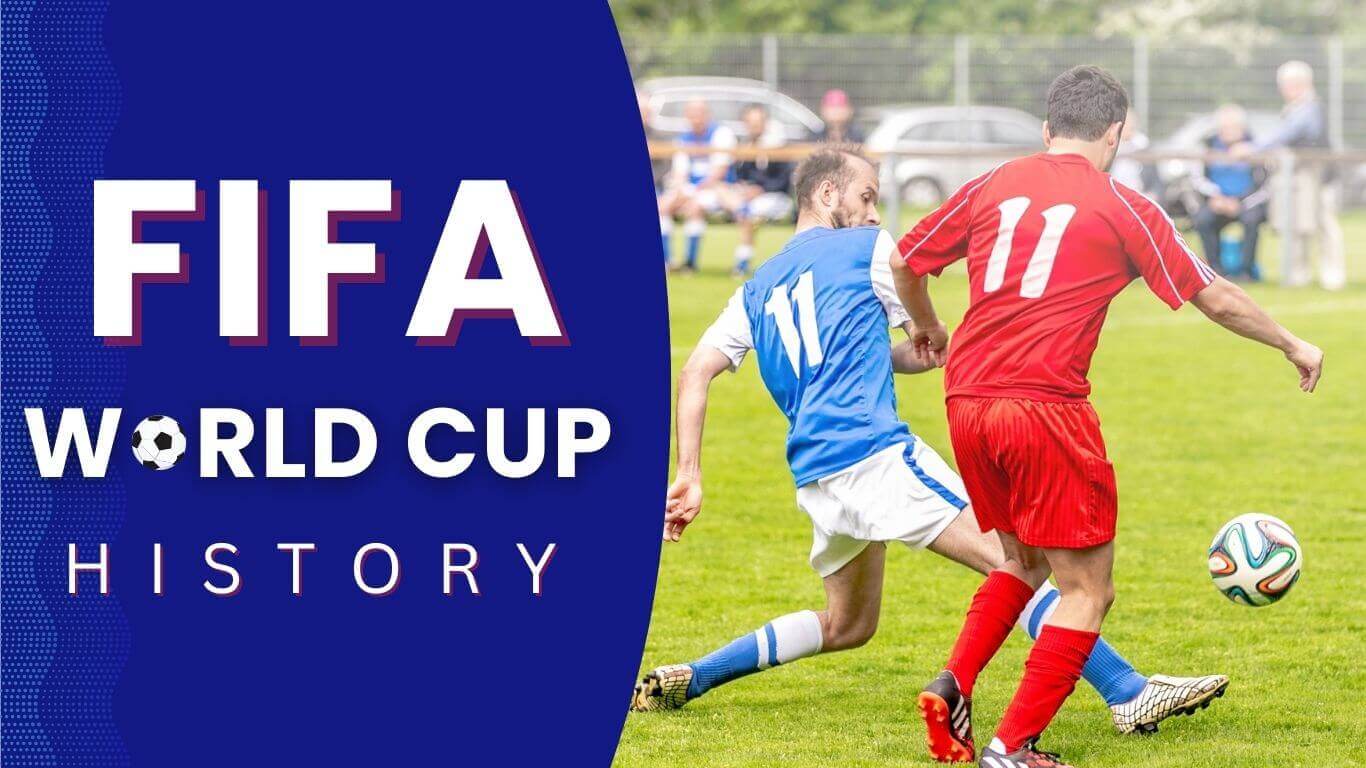 FIFA World Cup is one of the biggest events in sports. Billions of people across the world eagerly wait for this tournament as it comes once in four years. FIFA World Cup 2022 is about to start and here I come to give you a nostalgic feeling as I am sharing the most interesting FIFA World Cup History from 1930 to 2022.

So it is a full package for you, read this writeup till the end and enjoy. Do not forget to share with your crazy friends.

Jules Rimet was the president of FIFA (International Federation of Association Football) at that time he decided to start the FIFA World Cup tournament. Uruguay was the two-time world champion and was to celebrate its centenary of independence in 1930. So FIFA invited Uruguay to host the first FIFA World Cup in 1930.

Countries Took Part In The First FIFA World Cup In 1930

Uruguay national football team became the first FIFA World Cup Winners in 1930. The first goal of the FIFA WC was hit by Lucien Laurent of France. Just after four days, the first hat trick in world cup history was achieved by  Bert Patenaude of the U.S.

Thus the FIFA World Cup started in 1930 and the World Cup is hosted every four years. By the time this article is written, 21 FIFA tournaments were organized. Due to World War II FIFA tournaments of 1942 and 1946 were canceled. After the 1938 World Cup, the next World Cup was organized in the year 1950, it was hosted by Brazil.

When we talk about the biggest win in FIFA World Cup History, I remember 1982’s Hungary vs El Salvador match. The event was hosted by Spain. The match was on 15 June 1982, Hungary defeated El Salvador by a gap of 9 goals (10-1).

That match set two unbroken records in FIFA World Cup history. Hungary became the first team in FIFA history to score a double-digit goal in a single game. Till date no one has been able to break this record.

FIFA World Cup 2022 is about to start in Qatar. We all are very excited about the tournament. So here I shared some of the greatest moments in the history of the FIFA world cup. Let us know which is your favorite moment of the world cup by commenting on this article. Please do not forget to share this article with your friends who are crazy about football and eagerly waiting for FIFA 2022.

Which country won the first FIFA world cup in 1930?

Who scored the fastest goal in FIFA world cup history?

Hakan Sukur from Turkey has a record for hitting the fastest goals in the FIFA world cup. He took only 11 seconds to score a goal.

How much prize money will the 2022 World Cup winners get?

FIFA officially confirmed that FIFA World Cup 2022 winner will get a record $42 million in prize money.

How many times FIFA World Cup been held?

Which country has won FIFA World Cup most time?