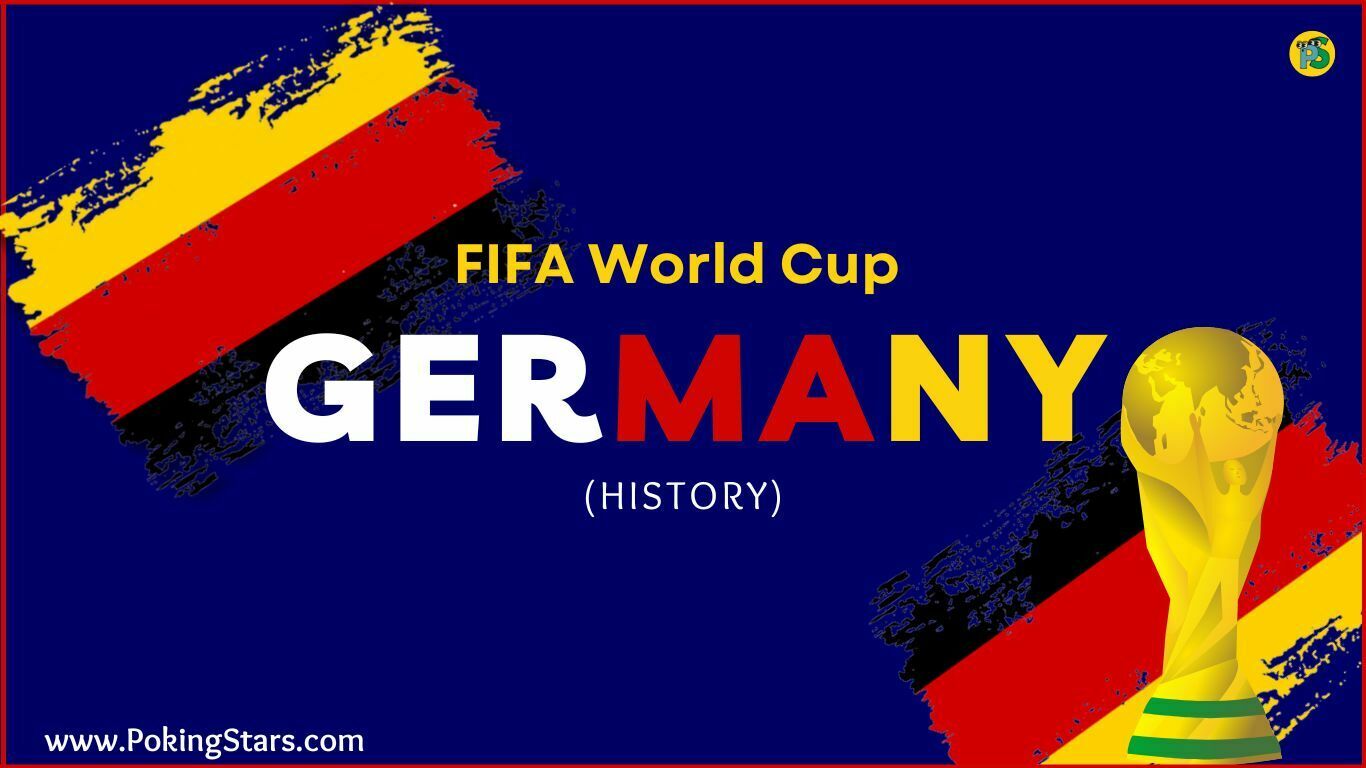 Germany FIFA World Cup history is very interesting because there were several ups and downs that will motivate you to not let go of the things you want to achieve in your life. In the initial, the German National Foot team could not even succeed to participate in the world cup and later tornados were different there to lose their confidence. So Germany FIFA World Cup History begins.

In the first FIFA World Cup Germany could not take part because of its inability to travel to Uruguay at the time of the great depression and made its first appearance in the 1934 World Cup. When World War II began Germany was banned from several sports, thus, Germany could not participate in World Cup till the 1950 World Cup.

Before moving ahead here we need to discuss something very important to understand the journey of the National German Football Team. Between 1949 and 1990, there were three distinct teams of the German states known as the Federal Republic of Germany (commonly referred to as West Germany – 1949 and 1990), the Saarland team (1950–1956), and the German Democratic Republic (commonly referred to as East Germany – 1952–1990).

West Germany or Germany played against Hungary in the finale and the winning was hit by  Helmut Rahn with the score 3-2. This Germany World Cup 1954 victory is called “The Miracle of Bern” because Hungary was unbeaten for continue 32 matches. Hence we can consider it was definitely not so easy for Germany to defeat such a strong team like Hungary for Germany.

After winning the FIFA World Cup title for the first time Germany kept doing so and won the same for a total of 4 times till now including the first time, in 1974, 1990, and 2014.

Whenever we talk about Germany biggest loss in World Cup history then there is only one match everyone has in their head and that is the semi-final played between West Germany and Italy in the 1970 FIFA World Cup. This tournament was so historic that it is also called the Game Of The Century in both Italy and Germany.

This match was played on 17 June 1970 at the Estadio Azteca in Mexico City. In this tournament, the match ended with a 1-1 score so extra time was given to the player so that the match can not be considered a tie. In extra time Germany hit 2 goals and Italy hit 3 goals. Gerd Müller from West Germany hit the last goal, the television coverage was playing Gerd Müller’s goal and  Gianni Rivera from Italy hit another goal and made history to win by 4-3. This match is considered Germany’s biggest loss in World Cup history.

Germany biggest win in FIFA world cup history is considered a semi-final match of the 2014 FIFA world against Brazil. This tournament between Germany and Brazil was held on 8 July 2014 and is considered Germany biggest win in world cup history because Germany defeated Brazil by a 7-1 score. If we see Brazil’s FIFA World Cup history then Brazil won the world cup most time, so to defeat such a strong team in the semi-finals is a very big win.

Germany Football Team is one of the strongest teams and has won several titles to prove it. So here we are sharing some German World Cup records to make their efforts and victory more valuable and appreciable.

Want To Know: When your favorite team will play? Click Here For The FIFA World Cup 2022 Schedule

Here we have shared the list of Germany FIFA World Cup History Champions by Year.

The coach of the Germany football team is Hansi Flick, it is yet to be announced which players Hansi Flick will pick for the most interesting Qatar FIFA World Cup 2022.

After reading the complete history of football in Germany we can conclude that Germany is one of the best football teams in the world and they are doing great by their uniqueness. We are giving our best wishes to the World champion team for the upcoming Qatar FIFA world cup 2022. Let us know if you liked the history of football in Germany, Germany football world cup wins, Germany biggest win in World Cup History, Germany biggest loss in World Cup History, Germany world cup record, etc.

What years did Germany win the World Cup?

Is Germany selected for World Cup 2022?

Of course, Germany has qualified for the World Cup 2022 and the whole squad is ready to rock in the Qatar FIFA world cup 2022.

Has Germany qualified for every World Cup?

Germany did not participate in all the 21 World cups, they were not appeared in the first year 1930, and in the year 1950.

What country has never won a FIFA World Cup?

There are only eight countries that won the title of FIFA world, Brazil, Italy, Germany, Argentina, Uruguay, France, Spain, and England, all others never made it yet.