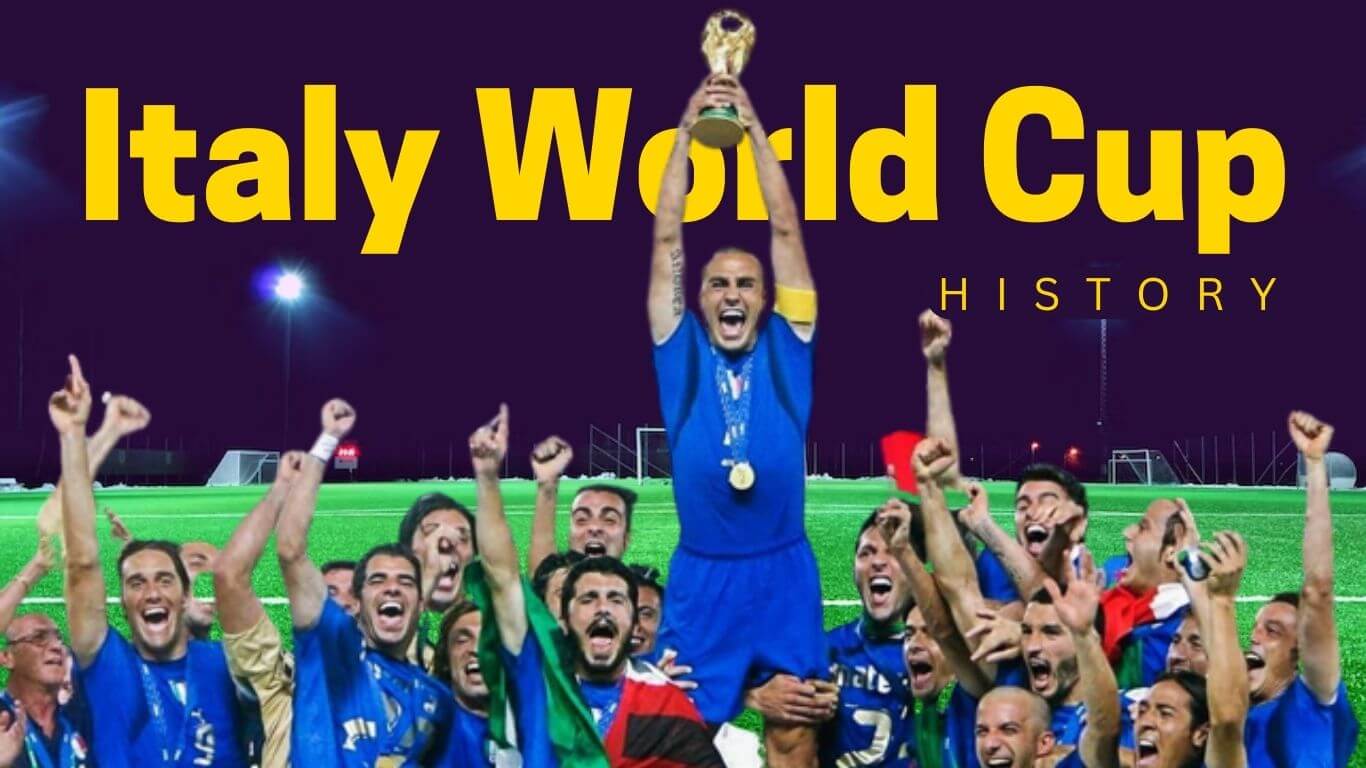 Italy is one of the most successful teams in the history of the FIFA world cup. Italy has been performing brilliantly since 1934. Italy FIFA World Cup History is great to read if you are a football lover. It will teach you the power of consistency. Italy showed its potential by winning its first and in general second world cup in 1934.

The gap between these two world cups from 1934 to 1950 (16 years) was not proven good for Italy, but one team was working hard on their strength to win their first world cup and that was Brazil.

Do You Know: Brazil was the first team to have a psychologist as a part of the team’s training squad. Know more about How Brazil became the strongest team.

One more thing that was proven to be one of the worst days in football history, the day was 4th May 1949. A plane Fiat G.212 was carrying one the greatest teams in Italian football history: Torino Football Team, The plane got crashed and all the 31 people in the plane died. This disaster is known as The Superga air disaster.

This unexpected disaster made a huge impact on Italy as Torino Club was one of the most important parts of Italy’s national football team. After this incident, the team started traveling by boat. Italy needed to be formed again to become as strongest as they were.

If we talk about the coming world cups, Italy was knocked out from the group stage in the 1950 and 1954 world cups. In the 1958 world cup Italy was unable to qualify for the FIFA World Cup. If the Superga air disaster did not happen then history must be different, Instead of Brazil, Italy would be the team to win the most world cups.

Italy won its first two world cups consecutively but it took 9 world cups (46 years) to win its 3rd tournament title. After that Italy football team performed well but was unable to make it to the final win till the 2002 world cup. Italy word their 4th World Cup in 2006 World Cup.

Italy FIFA World Cup History is very interesting as Italy’s performance is completely unpredictable. Italy won the 2006 world cup and was knocked out from the next two world cups in 2010 and 2014. Italy was not even qualified for the 2018 and 2022 world cups.

Here I am sharing a list of world cups won by Italy by year.

Italy FIFA World Cup history teaches us many lessons, it has ups and downs. If the Superga air disaster did not happen then history must be different, Instead of Brazil, Italy would be the team to win the most world cups as Italy was one of the strongest teams in FIFA World Cup History.

1. How many times Italy has been in the World Cup?

Italy has played a total of 18 FIFA World Cups.

2. Who has more World Cups Italy or England?

Italy has more world cups than England. Italy has won a total of 4 world cups while England has won only 1.

3. When did Italy win its first World Cup?

Italy won its first world cup in the year 1934.