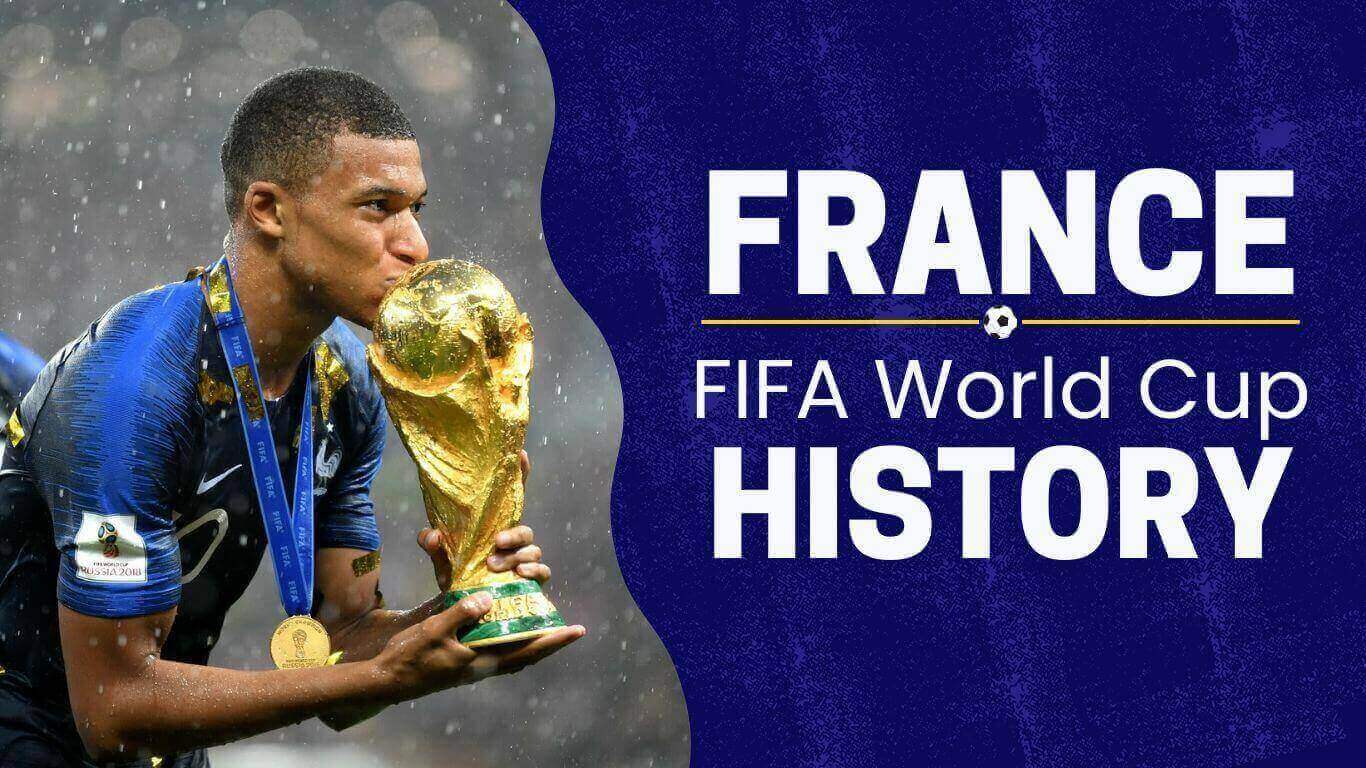 France FIFA world cup history is very interesting, France is one of eight teams that won the world cup. So here I shared the detailed history of France in the FIFA World Cup.

After winning their first match France was defeated by Argentina and Chile. The journey of France in the first world cup ended here. France was knocked out from the world cup 1930 at the group stage.

The 1934 World Cup was not so good for France as it was knocked out from a very early stage. The next World Cup in 1938 was jointly organized by Columbus (Paris) and France. It was a great opportunity for France to win their first World Cup but unfortunately defending champions Italy defeated France in the quarter-finals then Italy overcame Hungary in the final to win their second World Cup in a row.

After the 1938 FIFA World Cup, the next two World Cups were abandoned because of World War II. The next World Cup after 1938 is organized in the year 1950. France was working on its strengths and working hard to improve its skills but the dream of lifting the World Cup remained a dream in 1950.

France gave its best performance in the 1958 world cup. The start of the World Cup was great for France as it created an unbeaten streak of defeating teams like Germany, Spain, England, and Sweden. France could not make it to the final but secured 3rd position in the world cup in 1958.

The 1982 world cup was one of the most important world cups for France. France played well and secured the fourth position. France was continuously working on the players’ skills they again secured third place in the 1986 world cup. Unfortunately, France could not manage to qualify for the 1990 and 1994 world cup.

In 1998, France was selected as the host nation by FIFA. After 1938, it was another opportunity for France to show their power on home grounds.

France won all the group matches by defeating South Africa, Saudi Arabia, and Denmark. France won over Paraguay in the round of 16 match. France kept going toward the world cup and defeated Italy in the quarter-final and Croatia in the semi-final.

Now the time had come when France had to fight with defending champion Brazil. Well, Brazil was defeated 3-0 in the final of the 1998 FIFA World Cup. This is how France won their first world cup. This was the best moment for the entire nation in France FIFA World Cup History.

Do You Know: Brazil was the first team to have a psychologist as a part of the team’s training squad. Know more about How Brazil became the strongest team.

The 2002 world cup was not good for France football team as they had to go back after losing on the group stage.

In the next world cup in the year 2006, France made it to the final, where they had to play with Italy. Italy defeated France and won their fourth world cup.

In the 2018 world cup, France showed again that they were not less than anyone. They defeated Australia and Peru in the group match, then Argentina in the round of 16, then Uruguay in the quarter-final, then Belgium in the semi-final, and then Croatia in the Final. This is how France won their second world cup.

FIFA World Cup 2022 France Team Squad is to be announced, we will update you after the official announcement.

France FIFA World Cup History can be considered an inspiration if you are a football lover. This team knows how to deal with setbacks and how to come back stronger. France’s team has all the characteristics that a professional footballer should have. This team is defending champion and I am 100% sure that in this world cup, it will give tough competition to the opponents.

1. Has France hosted the world cup?

2. How many times has France been in the World Cup?

France is playing its 16th world cup this year.

3. Which team has won the most world cup?

Brazil has won the most world cups, it has 5 world cups.