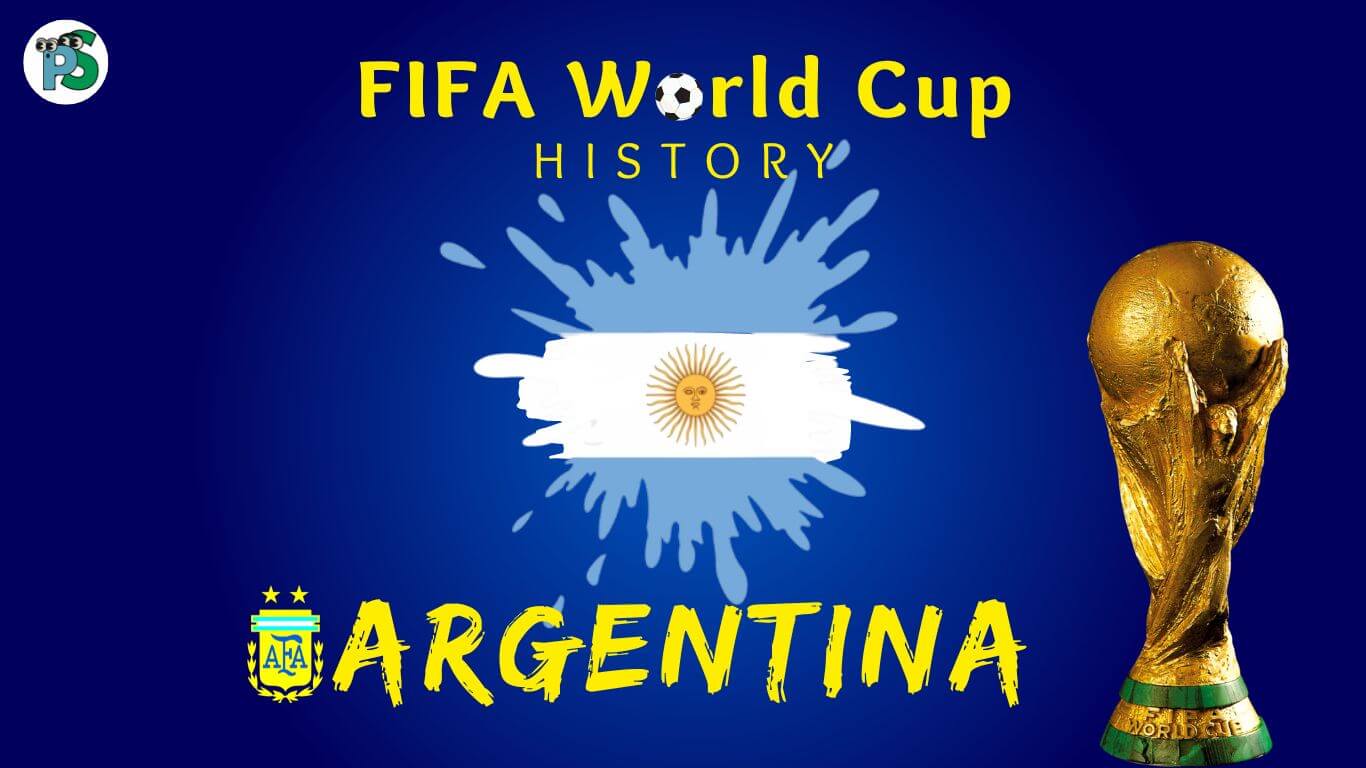 Argentina football team is one of the great in the world. Argentina has won several titles in football including two times FIFA world cup, and 15 times Copa América, along with gold medals in the 2004 and 2008 Olympics. So let’s uncover the Argentina FIFA world cup history to better know the team’s perspective.

So the Argentina FIFA World Cup history begins in the year 1930 with the inaugural FIFA world cup won by the hosting country Uruguay. Argentina played against Uruguay in the finals and lost by a 4–2 score. This match is one of the most remembered matches in the history of Argentina football because they were so close to getting the first FIFA world trophy. Still, unfortunately, Uruguay did not let them do so.

After one win, they were looking for the next, in the year 1986, Argentina brought another FIFA world cup trophy to the home. This year’s world cup tournaments were hosted by Mexico. Argentina played against Germany in the fails and won by a 3–2 score.

If you want to know the Argentina World Cup Schedule then you can know the complete schedule just by clicking here – FIFA World Cup Complete Schedule.

Here we are sharing the list of FIFA world cup records Argentina ever made:

Do You Know: What happened with the Italy football team on 4th May 1949? Read Here

Argentina will be down with a 28-man squad under coach Lionel Scaloni. So here we are sharing the list of Argentina FIFA World Cup 2022 Squad –

How many trophies Argentina have won?

There are numerous trophies Argentina has won till now but if we specifically talk about the FIFA world cup then Argentina has picked up the World Cup trophy two times till now.

Has Messi won a World Cup with Argentina?

There is no doubt in it that Lionel Messi is one of the greatest football players ever but Messi did not get the pleasure to win a World Cup trophy yet.

Who wins the most FIFA World Cups?

Brazil is the country that won the most FIFA world cups, and the number is 5.

Messi’s team won FIFA World Cup a total of two times in the years 1978 and 1986 but Lionel Messi was not part of the football team of Argentina at that time.

When did Argentina win the World Cup?